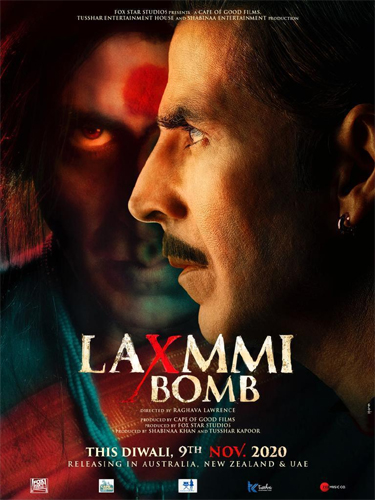 It is a known fact that Akshay Kumar’s latest film Laxxmi Bomb is going to have an OTT release on Disney Hostar in a big way. The makers also made solid money with this deal.

But looks like the makers have changed the deal a bit. The latest we hear is that Laxmmi Bomb will release online and also in theatres on 9th November in Australia, New Zealand, and UAE.

Directed by Raghava Lawrence the movie stars Akshay Kumar and Kiara Advani in the lead. Kiara Advani plays the main female lead in this film.