From the past few days, there have been reports that Nandamuri Balakrishna and Rjasekhar will be joining hands for the remake of Tamil hit Vikram Vedha in Telugu.

The news became a hot cake and was covered by the whole media. Now, Ynot Studios who are having the actual remake rights have slammed the reports and say that these rumors are baseless.

The also revealed in their press note that to ignore such news until they make an official announcement. 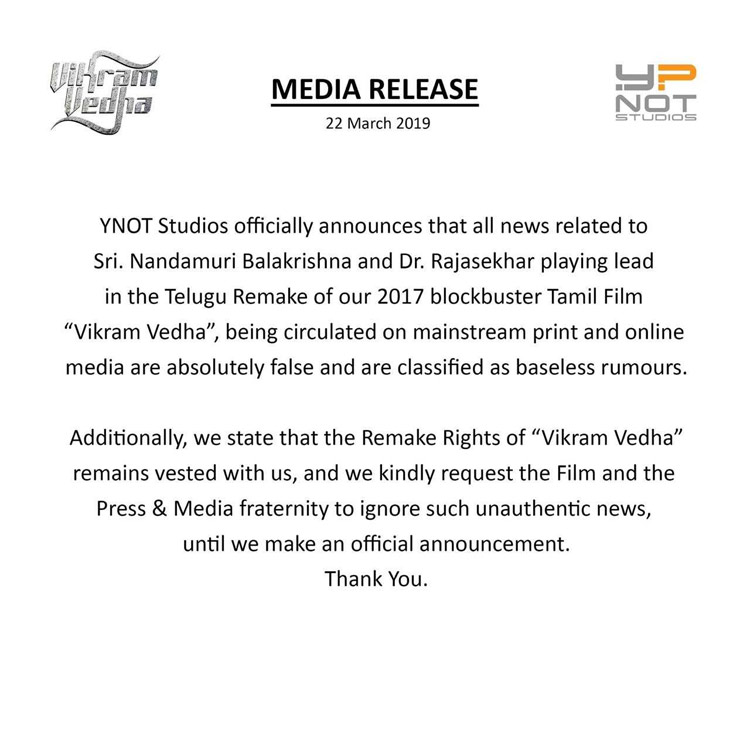