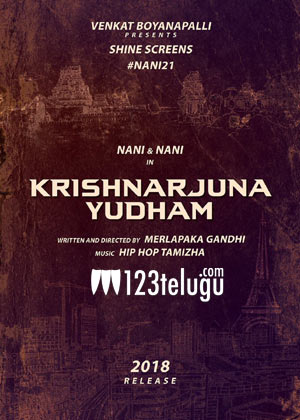 123telugu.com had recently reported that Nani’s Krishnarjuna Yudham will be shot in Prague, Czech Republic. Currently, the movie’s unit is in Prague, shooting with Nani. The team will camp in this picturesque European city for 20 days.

The team is quite thrilled with the film’s output so far. Nani will be seen in dual roles in this film. Merlapaka Gandhi is directing this film after delivering two back-to-back hits with Venkatadri Express and Express Raja.

Krishnarjuna Yudham is being produced by Sahu Garapati and Harish Peddi under Shine Screens banner. Venkat Boyinapalli is presenting the film, which has music by Hip Hop Tamizha.