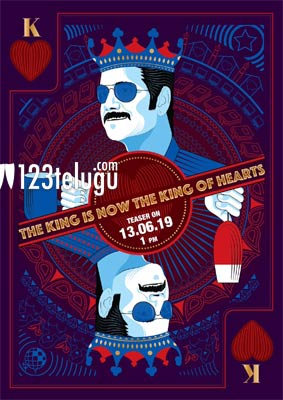 Rahul Ravindran is a man who does not waste much time making his films. He has wrapped most of the shoot for Manmadhudu 2 and now the latest we hear is that the teaser of the film will be out on the 13th of this month at 1 PM.

This is quite surprising as the shoot of this film started a few months back. Nagarjuna plays a lead role in this film which has Rakul Preet as the main lead.

Incidentally, on the same day, the teaser of Saaho will also be released.