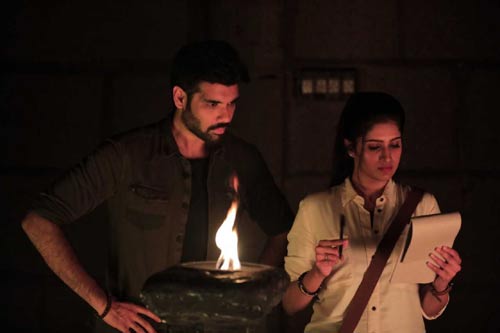 Sibi Sathyaraj, son of the noted actor Satyaraj, is eagerly waiting for the release of his upcoming movie, Maayon.

Meanwhile, a new song titled Maayonae/ Mampaahee from the movie has been released in Tamil and Telugu, respectively.

Legendary music director Ilaiyaraaja composed this hit track, which has been receiving a rousing response from the audience.

Directed by Kishore S, the film’s teaser already gained tremendous response and made audiences wait for the flick.