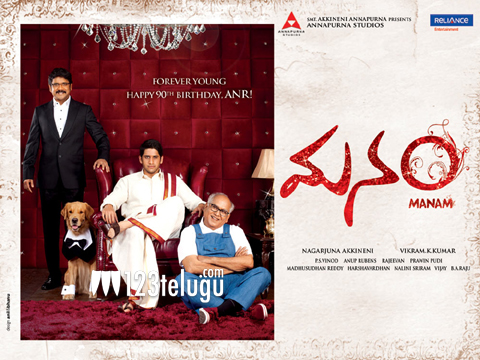 ‘Manam’ is one of the most awaited films of next year, as the three generations of the Akkineni family have teamed up for the first time for this film.

The first look released on the occasion of ANR’s birthday was very well appreciated and created curiosity among the audience. The shooting of the movie is going on at a brisk pace and currently scenes involving Samantha and Naga Chaitanya are being canned in Hyderabad. This will be the third film in which Samantha and Naga Chaitanya are acting together.

ANR, Nagarjuna and Shriya are playing the other lead roles in the movie. Anup Rubens is scoring the music of the film and Vikram Kumar is directing this flick. Nagarjuna is producing this movie on his home banner ‘Annapurna Studios’.