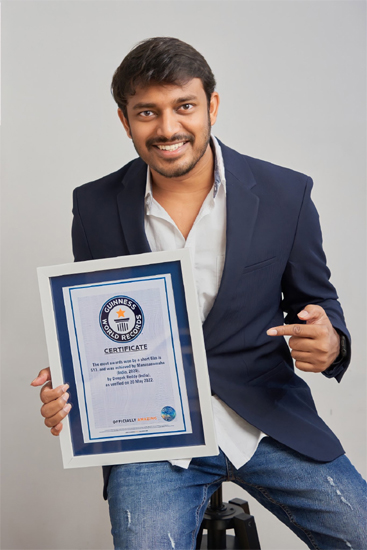 Now, the latest news is that the Manasanamaha has entered the Guinness Book of World Records for winning the most-number (513) of awards. The director took to social media and announced the same.

Earlier, the short film entered the Oscars qualification race also. Director Gautham Vasudev Menon released the short film in Tamil while the producers of KGF did the honours in Kannada.