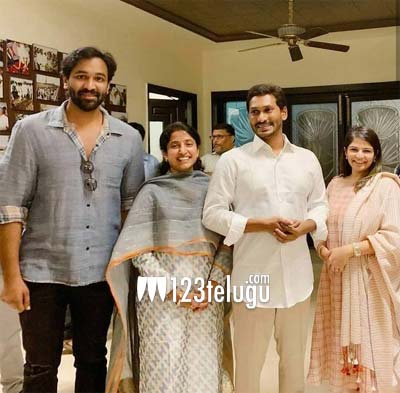 YSRCP President YS Jagan registered a historic victory in the recently concluded general elections in Andhra Pradesh. For the last couple of days, Jagan has been flooded with non-stop congratulatory messages from fans and celebrities, including the who’s who of Tollywood.

This evening, Vishnu Manchu and his wife Viranica met Jagan and his wife Bharathi at their residence and congratulated them on the grand victory. It’s well known that Viranica is a cousin of Jagan. Also, even the Manchu family has close ties with Jagan, as Vishnu’s father and veteran actor Mohan Babu had joined the YSRCP before the elections.