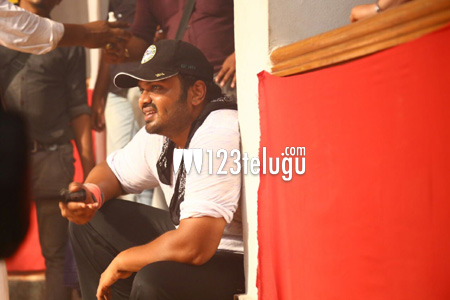 Manchu Manoj is known for performing many of his stunts without a body double. He has also revealed many times that he loves choreographing stunts.

According to the latest updates, Manchu Manoj has turned stunt choreographer and supervised some stellar stunts for his sister Lakshmi Manchu’s upcoming flick, Lakshmi Bomb. Sources close to the film reveal that the stunts will be one of the highlights of the film.

Directed by Karthikeya Gopalakrishna, this film has Lakshmi Manchu playing the role of a judge. Sunil Kashyap composes music and Vella Mounika Chandrasekhar is the producer.