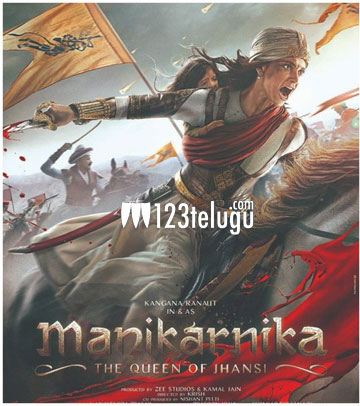 Manikarnika, the much-talked-about Bollywood historic magnum opus based on the life of warrior queen Jhansi Lakshmi Bai, released on January 25, as a Republic Day treat. Kangana Ranaut essayed Lakshmi Bai’s role in the movie apart from co-directing it along with Krish.

As per the latest updates, Manikarnika has finally surpassed the Rs 100 crore nett milestone in India in its fifth week. The film has earned Rs 152 crore nett worldwide. Manikarnika was made with a budget of Rs 79 crores. The print and marketing had cost another 22 crores, making it a total expenditure of Rs 99 crores.

Manikarnika’s digital streaming rights were sold for a whopping Rs 40 crores. Another Rs 20 crores were earned from the satellite rights. The film earned Rs 61 crores from the distribution rights, eventually becoming a profitable venture for all the parties involved.