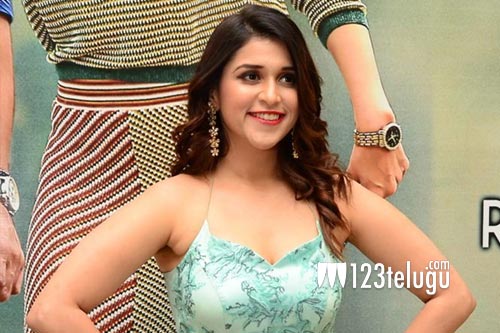 Mannara Chopra has all the good looks and talent but she has not made it big in Telugu as of yet. Now, after a brief gap, she is making her comeback with Teja’s Sita.

Mannara will be seen in a key supporting role in the film and has given a fine performance say the sources. Now, the talk is that Mannara has pinned a lot of hopes on the project and feels that her performance will bring more films in her kitty.

She wants to get back in the game and prove a point that she is not just a pretty face. Will Sita bring that luck for Mannara, we need to just wait and see.