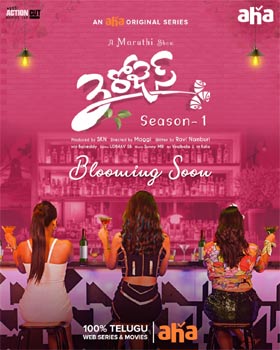 Maruthi is a very talented director and is not limiting himself to just films. He is also getting associated with web and OTT content as well.

Now, he has turned showrunner for an OTT web series called 3 Roses. The show was announced today and is being produced by SKN.