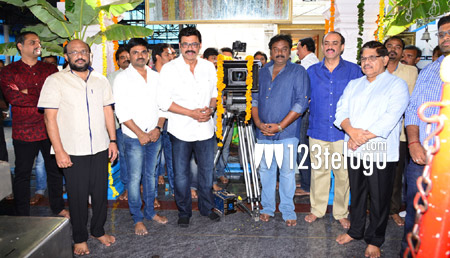 123telugu had already reported that Venkatesh’s film with Maruthi was launched earlier today. Shooting of this film will kick start from tomorrow and Murali Sharma, who played a key role in Bhale Bhale Magadivoy has been roped yet again for this project.

Reports suggest that Maruthi was very much impressed with Murali’s performance in BBM and gave him a good role in this film as well. Nayanthara is cast as the female lead in this film which also has a host comedians doing some hilarious roles.

Ghibran scores music for this film which is set for a summer release. Keep watching this space for more important updates on this project.