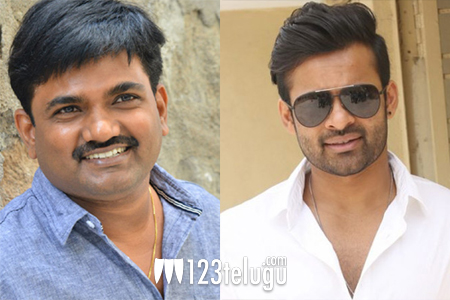 Following the release of Sailaja Reddy Alludu, director Maruthi has not announced his next project yet. Recently, he was rumored to be teaming up with a couple of young heroes, but Maruthi had promptly denied those reports.

Now, if the latest buzz is anything to go by, Maruthi’s next project with young Mega hero Sai Dharam Tej is almost finalized. Apparently, Geetha Govindam producer Bunny Vas will be producing the film and Geetha Arts will be presenting it. The project will be going to sets in May, after Sai wraps up Chitralahari. However, an official announcement regarding the project is awaited.