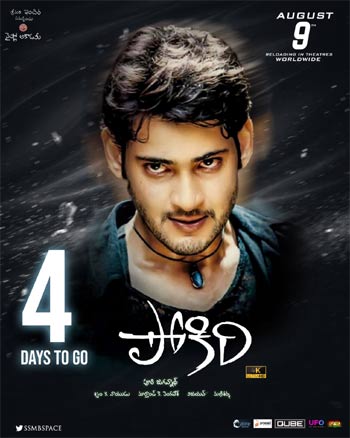 The fans of superstar Mahesh Babu have been arranging special shows of the industry hit Pokiri all over the globe marking the actor’s 47th birthday on August 9th. It was earlier reported that the revenues thus generated will be used for children’s heart surgeries and education.

Today the bookings were opened in Hyderabad and within no time they were sold out. Two special shows were planned in Hyderabad’s iconic Prasads Multiplex and both of them reported housefuls within a few minutes. Also, the tickets in AMB Cinemas got sold out like hot cakes.

It is also being said that extra shows will be added in important areas of the city hereon. Not just the fans, it seems that even the common audience are also very much eager to witness this cult classic once again on the big screens.