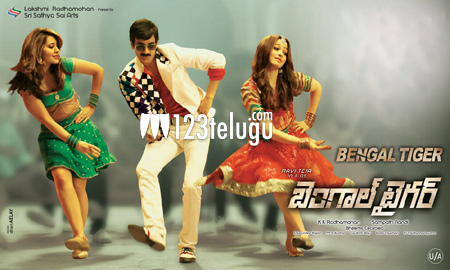 The buzz for Ravi Teja’s Bengal Tiger is growing with each passing day. The film is up for release this 10th of December and according to the latest update, the action entertainer will open in close to 100 screens in the US.

This screen count is quite high when compared to Ravi Teja’s previous releases in the US. The promos and entertainment factor of the film has caught on quite well with the audience and has increased the expectations big time.

Directed by Sampath Nandi, Bengal Tiger has Rashi Khanna and Tamannaah as the female leads. Harshvardhan Rane and Bommani Irani are also playing crucial roles in the film.