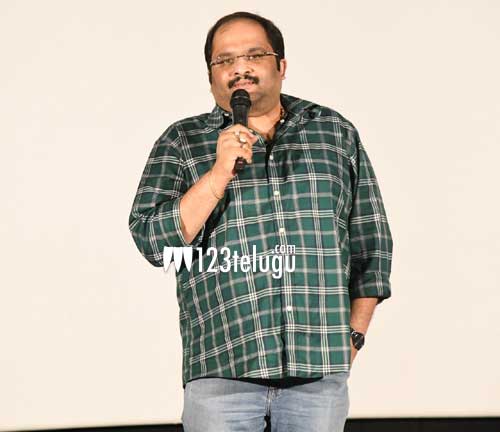 Tamil star Vijay’s Master released on January 13 as a Pongal festive treat and is having a solid run at the box-offices across the world despite the COVID-19 pandemic. Even the film’s Telugu version is running successfully in the twin Telugu states. On this occasion, Master’s Telugu presenter Mahesh Koneru thanked the audience for making the film a big hit.

“Master is registering houseful collections in Andhra Pradesh and Telangana. The numbers are the best in Vijay’s career so far. The film has reached the break even mark in all the centres except for a couple of areas and the buyers have entered the profit zone already. We thank Thalapathy Vijay, producer Xavier Britto, Lalith and Jagadish for giving us the opportunity to release Master in Telugu,” Mahesh said, further adding that Vijay is very happy with the way Master’s Telugu version has been performing at the box-office.

Mahesh then thanked all the distributors who released the film across Nizam, Ceded and Andhra regions. Talking about the ‘theaters controversy’ kick-started by Krack’s Nizam distributor Srinu, Mahesh said that Krack opened on Jan 9 in nearly 325 screens and had a great run for 4 days. He added that Master followed it up with a huge release and then RED and Alludu Adhurs occupied more theaters than Master on their opening day.

“We have to share the screens when big budget films release during the festive seasons. Even though Master is a Tamil film, our exhibitors and distributors are making good money out of it. I think this controversy is avoidable when all the four festive releases are running successfully,” Mahesh concluded.
Show quoted text