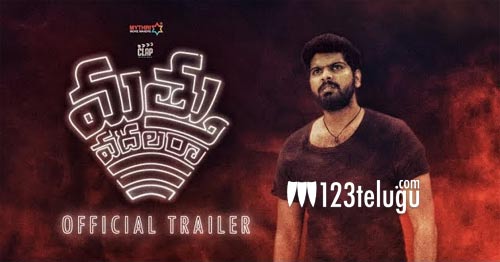 The teaser of Mattu Vadalara created a decent effect on the viewers some time back. As the film is nearing its release soon, the makers have now released the trailer of the film today through Rana Daggubatti.

The film is a unique thriller and has a crime angle. The hero’s role is shown in a very unique way with two different shades. The proceedings create interest and give an intriguing feeling as to what is going on in the film.

The film has music by Kala Bhairava and is directed by Nitish Rana. Comedian Satya is seen in an interesting role in this film which has something to do with a sleep disorder.

Mythri Movie Makers is the banner producing this film which has Keeravani’s son, Sri Simha doing the lead. Slated to release on the 25th of this month, the trailer evokes good interest as of now.