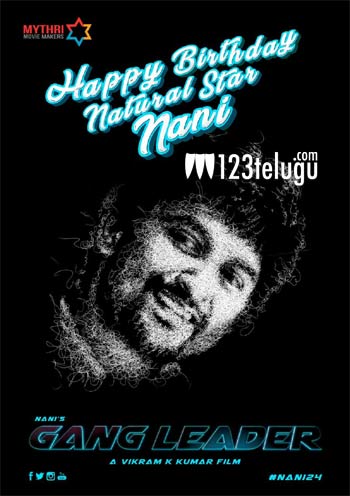 Yesterday, Nani’s birthday was celebrated in a big way on social media. The title of his new film with Vikram Kumar, Gang Leader, was announced all over.

There was a very good response but a section of the mega fans was very unhappy with the manner in which Nani had chosen Chiru’s classic film’s title for his film.

There were some very strong reactions from some fans who thought only Charan should have inherited the title or any other mega hero. Whatever is the reason, the film has become a talking point even before it has begun its shoot.