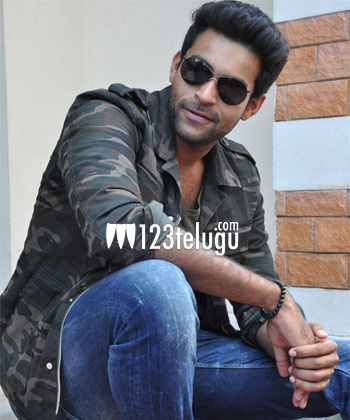 After winning all the accolades for his intense performance as a brave WWII soldier in Krish’s recent hit Kanche, young Mega hero Varun Tej also wrapped up Puri Jagannadh’s Loafer. Recently, Varun returned to Hyderabad after taking some quality time off from his hectic shooting and promotional schedules.

Now, the handsome lad is back at work once again. Today, Varun Tej kickstarted the dubbing formalities for his character in Loafer. In the film, Varun plays an out and out mass character and he worked quite hard to look his part.

Meanwhile, distributors are quoting fancy rates to grab the film’s theatrical rights. Loafer’s trailer, which was released a couple of weeks ago, clocked more than 1 million views on YouTube, showcasing the craze for the film. The makers are planning to release the film in December.