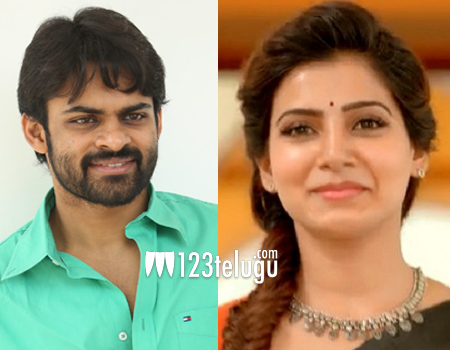 Sai Dharam Tej is all over the news these days. His new film Thikka has released and Tej is busy promoting the film. Speaking to a private channel, Sai revealed many aspects of his personal life and also opened up about his favourite actress too.

When asked about who his crush was in the industry, he instantly uttered Samantha’s name. Adding further, Sai said that he is hugely fond of Sam and would love to work with her in the future.

As of now, Tej is busy shooting for his cameo in the direction of Krishna Vamsi.