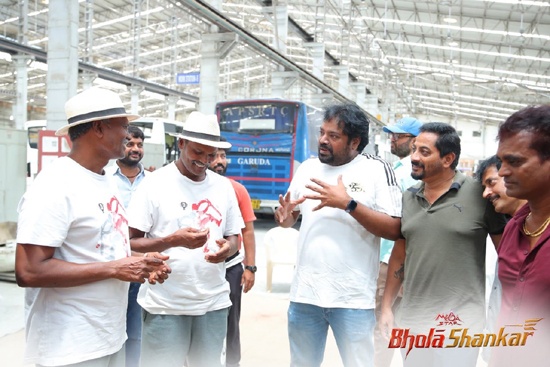 Megastar Chiranjeevi is busy with multiple projects and Bholaa Shankar is one of them. Directed by Meher Ramesh, the movie has Tamannaah Bhatia as the female lead.

Now, the latest news is that a new schedule will begin today in Hyderabad. A huge set has been erected to direct a massive fight choreographed by Ram-Laxman. The shoot will happen for the next few days. A couple of pics were also released to announce the same.

Keerthy Suresh is playing the sister of Chiru in the film. Rao Ramesh, Murali Sharma, Vennela Kishore and others are also a part of the movie. Produced by AK Entertainments, the film has Mahati Swara Sagar’s music. 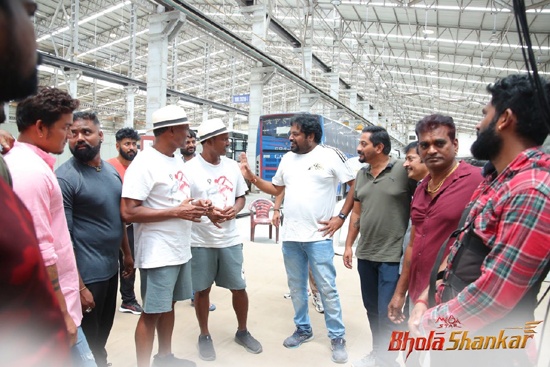