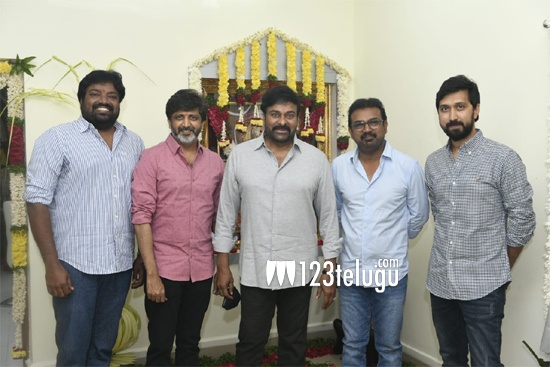 Megastar Chiranjeevi took to Twitter this evening and posted a photograph in which he was seen posing with the directors of his four upcoming movies. Chiru was clicked along with Koratala Siva (Acharya), Mohan Raja (Lucifer remake), Meher Ramesh (Vedalam remake) and Bobby, the director of Chiru’s 155th film.

The Megastar described his four directors as his ‘Captains’. “Ee naluguru Funtastic 4 Char kadam,” Chiru tweeted. While Acharya is nearing completion, Lucifer remake was launched a couple of days ago. On the other hand, Vedalam will have its formal puja ceremony in February. Finally, Chiru has ended the speculations about cancelling Bobby’s film with the picture.