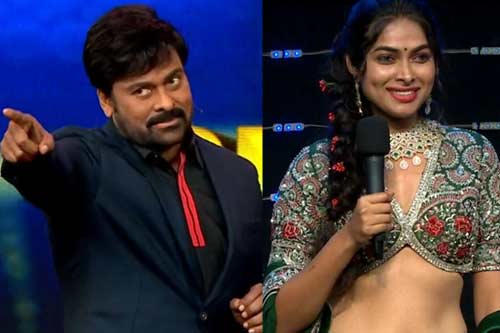 Megastar Chiranjeevi, who was the chief guest of the Bigg Boss season 4 finale, shocked the contestants with his candid comments about their performance on the show. While he promised to promote Sohel’s film and even play a cameo, the actor shocked another contestant Divi Vadthya by offering her a role in one of his upcoming films!

Although Divi was eliminated from the show a while ago, she has remained popular among fans on social media, and she was being offered quite a few roles in movies. During the grand finale of the show, when all the contestants came together one last time, Chiranjeevi said, “I have been talking to Meher Ramesh about casting you in a role in our upcoming film. Who knows, maybe we will even dance together next year.”

No wonder, Divi was quite thrilled to hear these statements from Megastar himself. The actress had played a minor role in Maharshi; however, she has now shot to fame with Bigg Boss 4.