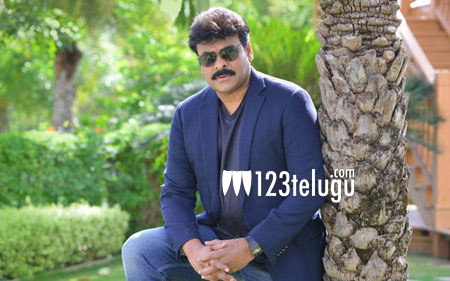 Megastar Chiranjeevi is going to be the main guest of honour at the IIFA Utsavam 2017 award ceremony that’ll be held later today in Hyderabad. The actor had graced the ceremony last year as well and the organisers are leaving no stone unturned to turn the event into a big spectacle.

Chiranjeevi’s comeback film Khaidi No 150 was a blockbuster and it proved why he is a Megastar. Post the film’s release, there has been a lot of buzz about what he’s going to do next; however, in the meantime, he’s making his presence felt in all the major film-related events. It certainly looks like Chiranjeevi is enjoying every moment of his return to the silver screen.

Akhil, Sai Dharam Tej and Raai Laxmi are going to perform later tonight at the event. More details about the event are awaited.