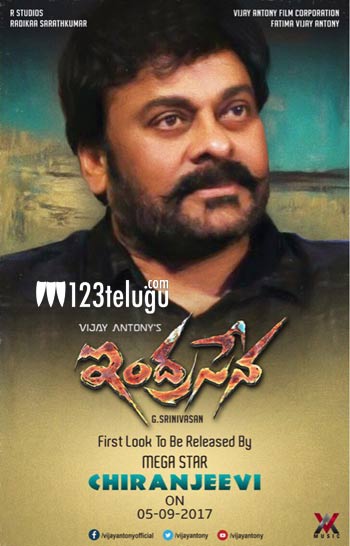 After scoring a huge hit with Bichagadu, Tamil star Vijay Antony delivered an underwhelming film in the form of Bethaludu. The actor is currently acting in an out-and-out family entertainer titled Annadurai.

As per the latest updates, Annadurai will be releasing as Indrasena in Telugu. Megastar Chiranjeevi will be unveiling Indrasena’s first look poster on September 5th. Debutant Srinivasan is directing the film, which will release later this year.