Megastar Wishes Actress For Crossing A Milestone
Published on Nov 23, 2017 4:01 am IST 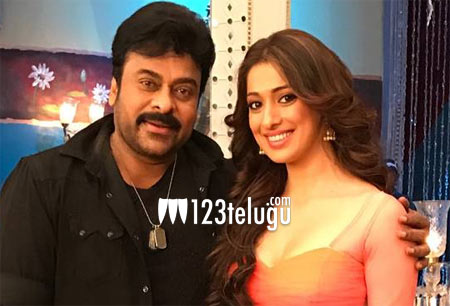 Megastar Chiranjeevi wished actress Raai Laxmi for crossing a major milestone in her career. She is now one among the very few actresses in contemporary cinema to have acted in 50 films, and interestingly, her 50th film, Julie 2 will also mark her debut in Hindi.

Earlier this year, Raai Laxmi had appeared in a special song in Chiranjeevi’s Khaidi no 150. In a video message, Chiranjeevi said, “I wish Raai Laxmi and the whole team of Julie 2 best of luck for their film. I am really happy that Laxmi is making her debut in another industry and continues to showcase her talent. Her feat of acting in 50 films is quite commendable.”

The film, which is reportedly based on the real story of a yesteryear actress, is slated for release on November 24.