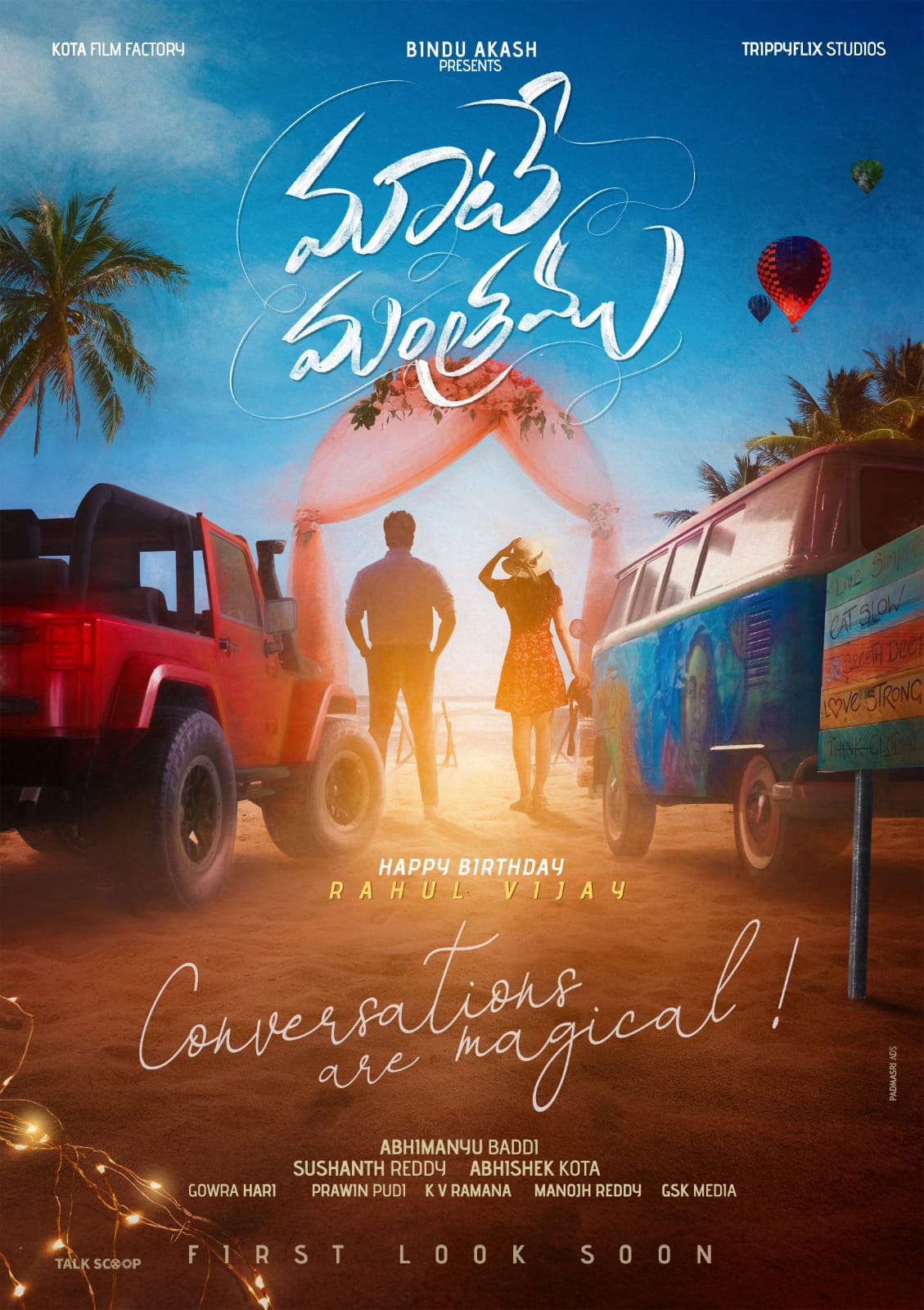 Actress Megha Akash, who got immense fame with Chal Mohan Ranga and Enai Noki Paayum Thota, was last seen in Dear Megha. The beautiful actress has paired up with Rahul Vijay for a new movie, which is in the shooting phase.

As Rahul Vijay turned a year older today, the makers of the movie have announced the title of the film. Titled Maate Mantramu, the movie poster also looks good and promises a romantic love story.

Directed by debutant Abhimanyu Baddi, the movie is presented by Bindu Akash, mother of Megha Akash. Rajendra Prasad, Vennela Kishore, Abhay Bethiganti, Viva Harsha, Bigboss Siri and others are also a part of this movie, produced by Trippy Flix Studios and Kota Film Factory. Hari Gowra is the composer for this movie.