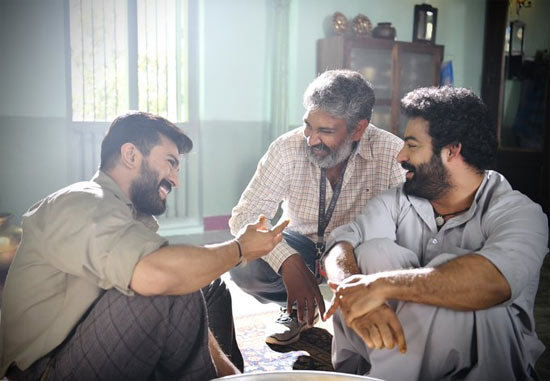 We all know the amount of success RRR achieved across the globe. It collected approximately 1150 crores and became the fourth-highest grosser in the country.

In this process, RRR has erased many existing records worldwide. NTR and Ram Charan are still receiving appreciation not just from India, but also from Western countries. Many foreigners are watching the movie in theatres and are clapping for this visual wonder.

Today, RRR has completed 100 glorious days. On this occasion, the team released a working still featuring NTR, Ram Charan, and the master storyteller Rajamouli. They thanked everyone for such a remarkable response. Even after its theatrical run, the movie is doing wonders on OTT.

It even got nominated for the category of best movie award from the Hollywood Critics Association and ended up as a Runner. Many opine that the film has a fair chance of getting nominated for the most prestigious Oscars as well. Let’s see if the movie can make it to the Academy Awards and make us proud again.

Its been 100 days since the RRR released and the ROAR is continuously echoing from all the corners of the world. Overwhelmed. THANK YOU! #RRRMovie pic.twitter.com/ROowFli9FH