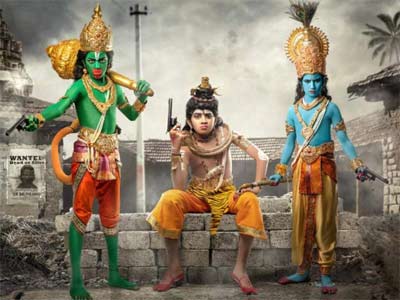 However, all the three boys holding pistols in their hands became controversial. Several Hindu followers severely criticised the makers for making fun of gods and hurting their sentiments. In a quick response, the film’s producers at Matinee Entertainments banner issued a statement saying that they have initiated the necessary measures to withdraw the controversial poster.

The producers also said that they didn’t intend to hurt anyone’s religious sentiments and apologized for any inconvenience caused.

Clarification in relation to certain objections raised about a recent poster of “Mishan Impossible”, released by @MatineeEnt. pic.twitter.com/hGDqGWVAP6