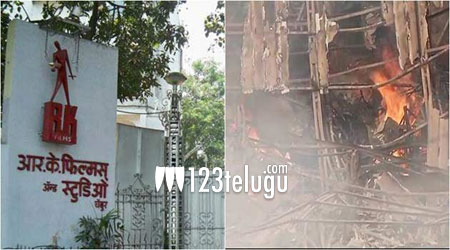 R K Studios in Mumbai is considered to be one of the oldest and most famous studios in the country. Earlier today, a major mishap lead led to some chaos in the studio.

Going into details, a small short circuit in one of the floors of the studio ended up in a deep mess and burnt the entire set completely. Luckily, no one got hurt as the shoot was called off just a day before.

A famous dance show was being shot in one of the floors and some electrical work was going on for the second round of the show. The authorities were alerted but when everything came to normal, the property damage was already done.