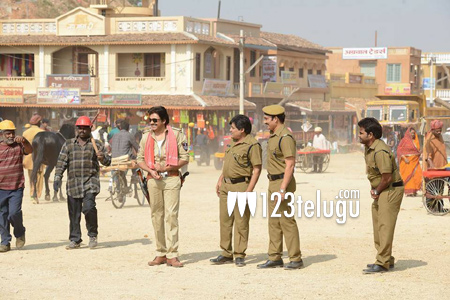 It is a known fact that a huge set was laid for Pawan Kalyan’s Sardaar in Hyderabad. The humongous set depicted the village of Ratanpur where the entire film was based. Now that the film has released, the set was being readied to get demolished today.

As the process was going on in full swing, the set caught fire suddenly and the workers panicked big time. Luckily, the fire department guys came on time and handled the situation completely. The exact reason for the fire is yet to be known.