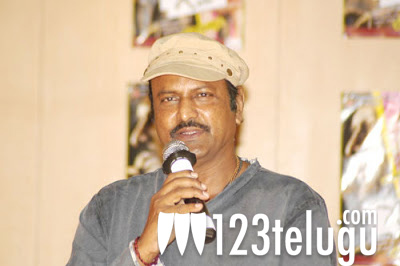 Collection King Dr. Mohan Babu had a narrow escape after his jet ski capsized in high seas while shooting in Bangkok for their forthcoming big budget untitled telugu film. He was rehearsing for an action sequence, It was Mohan Babu’s first drive in a jet ski.

They were rescued by the cast and crew. Mohan Babu and his wife suffered minor cuts. The shoot was disrupted for couple of hours. The entire crew and the director of the film heaved a sigh of relief when the Manchu’s reached the shores safely.

The Manchu’s are in Bangkok to shoot an action comedy sequence for their mega film. The entire crew along with Mohan Babu and both his son’s Manoj and Vishnu were jet skiing early in the day.

The film is being produced under the banners 24 Frames Factory and Lakshmi Prasanna Pictures. It will feature four music directors.