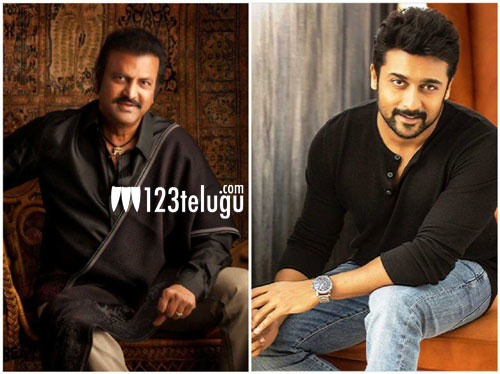 Tamil hero, Suriya is currently working on a film with Sudha Kongara, the lady who had helmed Madhavan’s acclaimed boxing drama, Saala Khadoos. The film’s shoot is going on in Chennai city.

Meanwhile, the latest update is that senior actor Mohan Babu will be playing the antagonist role in this film and he will be joining the shoot from tomorrow onwards.

Suriya’s home banner 2D Entertainment will be bankrolling this as yet untitled project in association with Oscar-winning Bollywood producer Guneet Monga. GV Prakash Kumar will score the music.