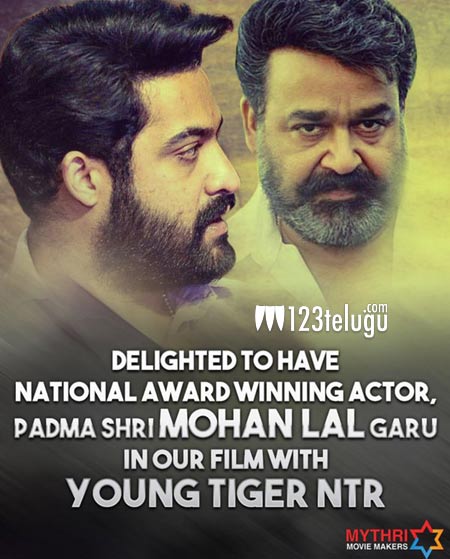 There have been rumours that Malayalam superstar Mohanlal will be playing Jr. NTR’s father in NTR’s next film. It has now been confirmed that he will be a part of the movie. He has already signed Chandrasekhar Yeleti’s new movie in which he is playing the lead.

Mohanlal has also given his nod to do director Koratala Siva’s next film Janata Garage. The movie is going to be produced by Mythri Movie Makers and the news has been officially announced. Speaking about the announcement, the production company said, “Delighted to have national award winning actor, Padma Shri Mohanlal garu in our film with young tiger NTR.”

Mohanlal earlier did a cameo in Balakrishna’s Gandivam. NTR is currently busy with Sukumar’s Nannaku Prematho.