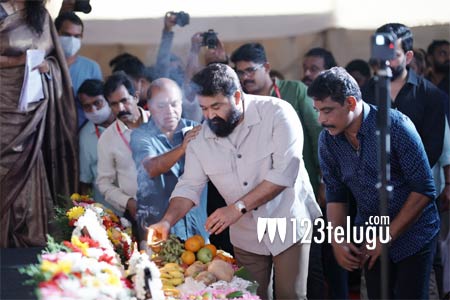 Malayalam stalwart actor Mohanlal is all set to make his debut as a director with an epic period action drama, Barroz. The film’s muhurat ceremony was held earlier today, with Mollywood Megastar Mammootty as the chief guest. Star hero Prithviraj Sukumaran will be seen in a crucial role in the movie.

Barroz will be shot on 3D format. The film is a period drama set in Kerala with a Portuguese backdrop. Barroz was Vasco da Gama’s treasure keeper and he has a significant role in history. Apart from directing the film, Mohanlal will also play the main lead in it. Anthony Perumbavoor is bankrolling this much-awaited project under Aashirvad Cinemas banner.