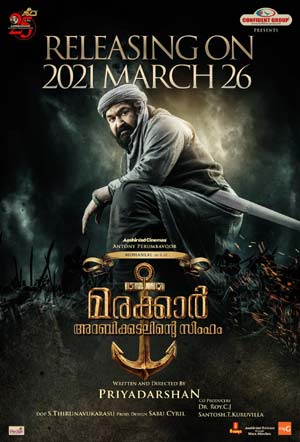 Malayalam stalwart actor Mohanlal’s ambitious historic war drama, Marakkar Arabikalinte Simham, is confirmed to release on March 26th. Made with a whopping budget, the film will be simultaneously released in Malayalam, Telugu, Tamil, Kannada and Hindi.

Antony Perumbavoor has produced the movie under Aashirwad Cinemas banner. Marakkar is being hailed as the costliest film ever made in Mollywood so far.