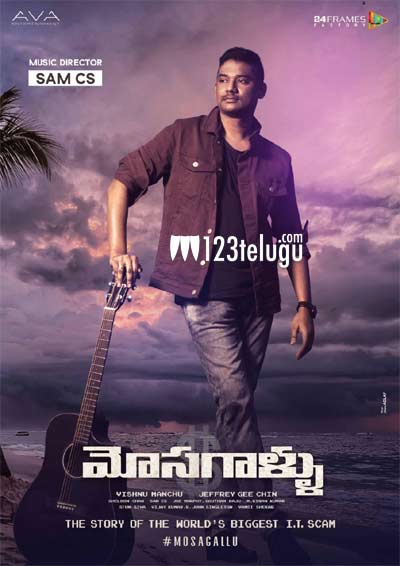 Vishnu Manchu starrer Mosagallu is one of the most awaited films as Kajal and Vishnu are playing siblings in the film. The film’s theme music called The Rise Of Mosagallu which was released recently has become popular and raises curiosity.

Popular music director Sam CS who is one of the busiest composers in south India has scored music for the film. He is winning appreciation for his work on the theme music and he is now trying to match the expectations on his work for the next promotional content and also the film.

Vishnu Manchu besides playing the lead role is also producing the film, while Jeffrey Chin is directing it. Mosagallu is based on a true story about the biggest IT scam in history; which originated in India and shook the United States of America.