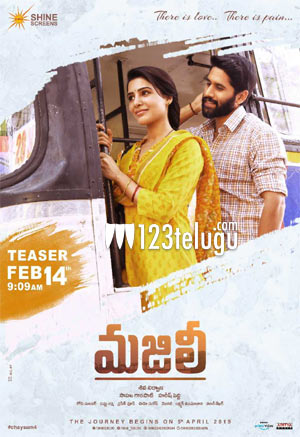 It is a known fact that Samantha’s new film with Chay Akkineni, Majili will be having a period set up of the ’90s. The latest we hear is that the teaser of the film will be out on the eve of Valentine’s day.

Samantha plays a railway employee in this film. Chay will be seen in two different get-ups in this film which is a first for Sam and Chay after their marriage.

Shiva Nirvana directs this film which will be out on the in April.