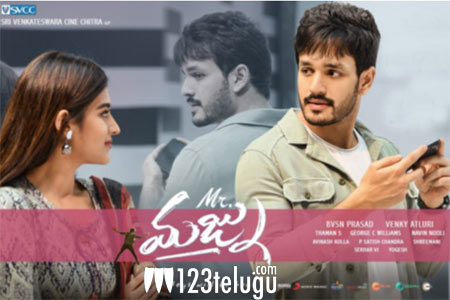 A lot was being expected from Akhil Akkineni’s third film, Mr Majnu. The film released last Friday to average reviews. Although Akhil’s performance and stylish looks enthralled his fans, the film failed to set the cash registers ringing.

While Mr Majnu is having an average outing at the ticket counters across the twin Telugu states, the film has collapsed big-time at the US box-office. The situation is so worse that the film could not even utilize the AT&T offer on Tuesday and collected only $7,240 until 10:45 PM EST with regular ticket prices.

On the other hand, F2, which released 18 days ago, collected $11,530 at the same time on Tuesday and that too with a reduced ticket price of $5.50. With about $1 million at stake, Mr Majnu is heading towards a huge flop in the US.