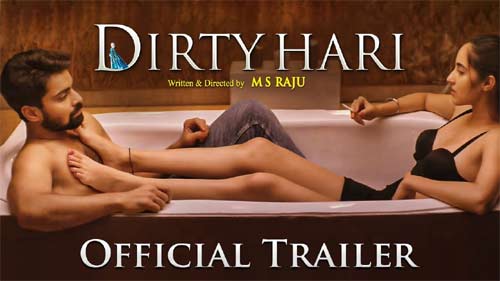 After a long time, producer MS Raju has turned director with a film called Dirty Hari. It is quite interesting to see what the veteran filmmaker chose a very contemporary subject of adult comedy.

The trailer is out and it looks quite nice. The visuals are filled with bold scenes but none of them look vulgar. The way Sunil narrates the story in the trailer makes the proceedings quite interesting.

The story is more or less about an employe who is two-timing girls in his life to grow. But there is a suspense and crime angle also that is shown in the end.

The characters, visuals, and aesthetics of the film pretty decent as of now. Many had doubts as to what MS Raju will do with this adult drama but he has surprised us all and raised the buzz with this trailer.