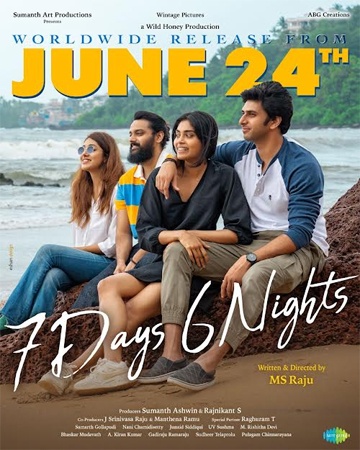 Noted producer MS Raju has donned the hat of a director for 7 Days 6 Nights. Starring Sumanth Ashwin and Meher Chawal in the lead roles, the movie gets a new release date.

The makers of the movie have officially announced that the romantic comedy movie will be released in theaters on June 24, 2022. A brand new poster has been released to announce the same.

Sumanth Ashwin and Rajinikant S jointly produced this movie, which has the music of Samarth Gollapudi and the cinematography of Nani Chamidisetty. Keep checking this space for more interesting movie updates.