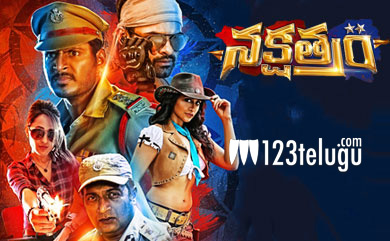 The rustic cop drama, Nakshatram has been in the making for the past one year now. The post-production is in full swing and the teaser of the film will be out tomorrow. Speaking about the film, Sundeep said that the teaser will be quite thrilling and impress everyone for sure.

He also added that all the hard work that he has done in the last one year will surely bear fruits with the success of Nakshatram. Sundeep finally ended by saying that his long cherished dream of acting in a Krishna Vamsi film has come true and he is quite excited to bring the film to the audience.

Sundeep Kishan celebrates his birthday tomorrow and we send him advance wishes for a rocking day.