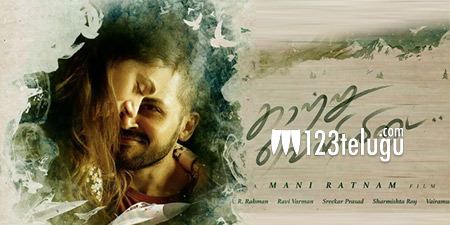 The shooting of master filmmaker Mani Ratnam’s much-awaited romantic drama, Kaatru Veliyidai (Duet in Telugu), has been wrapped up in Belgrade, Serbia. The final schedule had some action scenes and a romantic number shot in this exotic city. Just like he did for Ok Bangaram, Mani has once again completed Duet in a short time.

Mani and his team will now get into extensive post-production, while the music album will be out in February. On the other hand, the movie is going to hit the screens in March. Karthi and Aditi Rao Hydari are playing the main leads in this movie. AR Rahman is the film’s music composer.