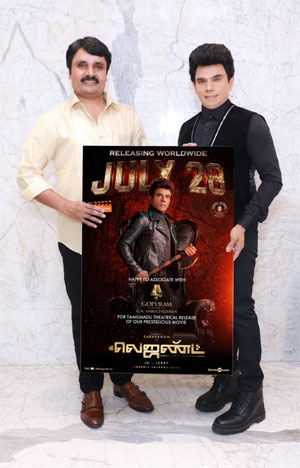 It is a known fact that businessman turned actor, Saravanan Arul will be seen next in a movie titled The Legend. Directed by JD-Jerry, the movie has become a hot topic from the day it was launched.

The word now is that the makers have decided to release the film on the 28th of July in a grand manner. A grand audio release event at Jawaharlal Nehru Indoor Stadium in Chennai was also held recently and close to ten-star heroines attended the event.

The Legend also stars Nassar, Prabhu, Vivek, Yogi Babu, and others in key roles. Harish Jayraj is the music director for this pan-India movie