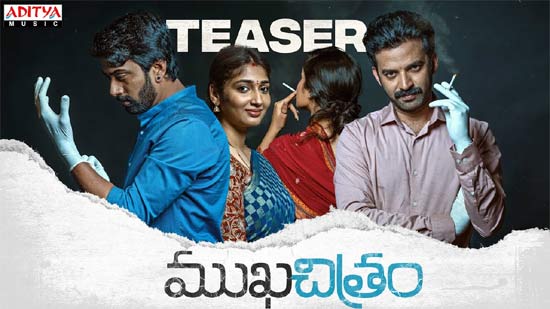 Young writer and director, Sandeep Raj, who scored a big hit with Colour Photo, has now come up with another movie titled, Mukhachitram, but as a story writer.

The teaser of the film is out and it looks different. The story has two different couples and showcases the family set up well.

But in the end, the teaser turns into a thriller with the protagonists unleashing their beastly sides. The movie is directed by Gangadhar and he has managed to create a curiosity factor with the teaser.