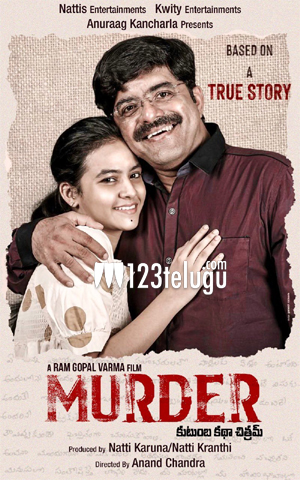 Yesterday, director Ram Gopal Varma and his co-producers faced a huge setback when the Nalgonga SC, ST Court gave its verdict halting the release of the controversial film, Murder. The film is based on the brutal murder of Miryalaguda youth Perumalla Pranay and the strained relationship between his wife Amrutha and her father Maruthi Rao.

However, Ram Gopal Varma is undeterred as he has decided to move the High Court against the Nalgonga Court’s judgement. Murder has been directed by debutant Anand Chandra under RGV’s supervision. The film has been jointly produced by RGV, Karuna and Kranthi. Srikanth Iyengar, Bhargavi and Sahithi play lead roles in the movie.