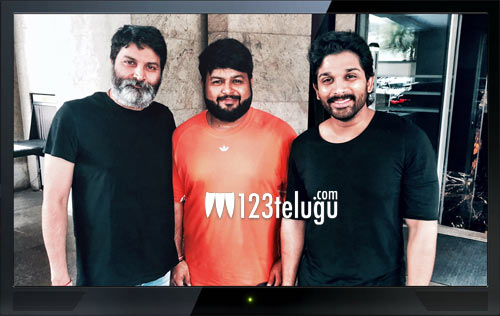 Finally, here’s a big update on the musical front from the team of Allu Arjun and Trivikram’s highly-anticipated family entertainer. The film’s music composer Thaman took to Twitter just a while ago and revealed that the music compositions are underway. He also tweeted his picture along with the Stylish Star and the star director.

AA19 will mark the second straight collaboration between Thaman and Trivikram after Aravindha Sametha. On the other hand, Thaman had given several chartbuster songs for Allu Arjun. Needless to say, expectations on AA19’s audio album are quite high among the fans of the three stars.

#AA19
And we r on process with our music 🎶
The master of writing ✍️ #trivikram sir
& our #stylishstar @alluarjun ♥️#AATT 🎵 pic.twitter.com/KB4MXtnqV4