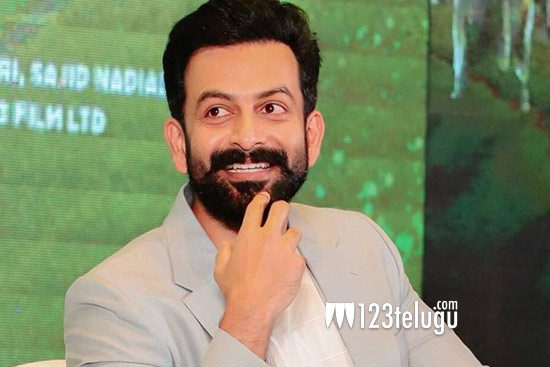 Prithviraj is one of the top heroes in the Malayalam industry. He was in Hyderabad recently for the promotions of his latest release Kaduva.

As per the latest update, Prithiviraj will be doing a Telugu film soon. None other than Mythri Movie Makers have signed the star hero for a film as per the news.

The details of the film have been kept a secret as of now. There is also news that Prithvi will also direct a Telugu film in the days to come as well. Let’s see what happens.