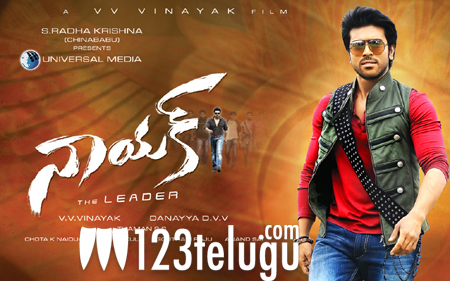 Mega Power Star Ram Charan’s ‘Naayak’ is on track for a Sankranthi release. Post production activities are going on round the clock and Charan himself is spending long hours in dubbing suites to complete his work on time. With just under two weeks left, producer Danayya and director V.V.Vinayak are personally taking care of all the activities so that the film does not miss out on its Sankranthi release.

The mass masala entertainer has Kajal Aggarwal and Amala Paul as the heroines and Thaman has composed the music. The film has a Kolkata backdrop and Charan will be seen in a powerful role that has some political overtones.